All whole grain kernels contain three parts: the bran, germ, and endosperm. Each section houses health-promoting nutrients. The bran is the fibre-rich outer layer that supplies B vitamins, iron, copper, zinc, magnesium, antioxidants, and phytochemicals. The germ is rich in healthy fats, vitamin E, B vitamins, phytochemicals, and antioxidants. The endosperm is the interior layer that holds carbohydrates, protein, and small amounts of some B vitamins and minerals. All our wholemeal flours contain all the goodness of the full grain – nothing added, nothing taken away.
White flours have higher levels of the interior layer of the grain, making them great for delicate baking, but not as nutritious as wholemeal flour. 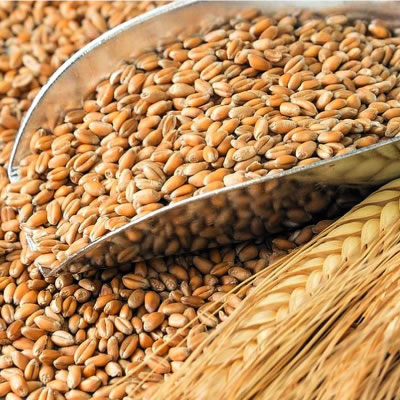 There are over 12,000 different types of wheat in the world today.

You need approximately 3m² of organic agricultural land to grow one kilogram of organic wheat flour. This means: no pesticides or insecticides on 3m² per 1kg – not on the land and not on your plate. So that’s good news!

Wheat is perfect for experimenting with other ingredients as its flavour is not so overpowering.

If you want to substitute plain white wheat flour with whole wheat flour, you can substitute up to 50% without making any other changes to the recipe. If you want to go 100% wholemeal, you should add some more liquid to the dough, as wholemeal flour absorbs more moisture. Often it also helps to let the dough rest 20 minutes or so prior to baking. 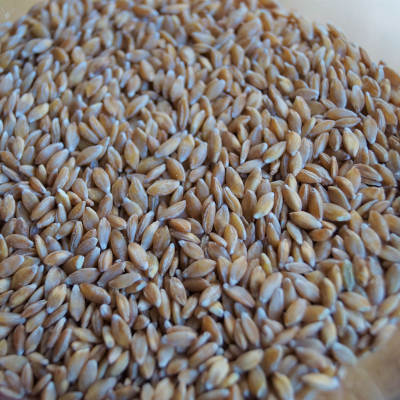 Einkorn means ‘one grain’ in German – a very fitting name, as each grain is attached separately to the stalk. It is often considered to be the ‘original’ and purest form of wheat today.

Einkorn has a higher percentage of protein than modern wheat and has higher levels of fat, phosphorus, carotenoids and potassium, making it more nutritious.

Einkorn is the only wheat that’s missing certain types of gluten proteins that some people are sensitive to. Einkorn doesn’t have less gluten than modern wheat, but its structure is different.

Since einkorn has a very weak gluten structure, it is better to underproof and only allow the dough to rise by 40-50%. If you allow the dough to double, it will deflate in the oven.
Einkorn is a “hulled” wheat, whereas modern wheats are not.  The hull protects the grain naturally from stray chemical contamination and pests, making it an easier grain to grow organically. 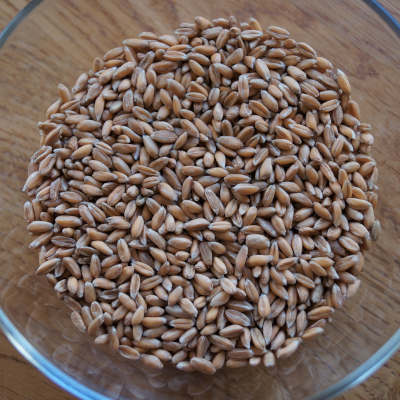 Emmer is an older variety of wheat than spelt and can be consumed whole as a grain (as an addition to soups, stews or risottos for example) or milled into flour.

Emmer is a very ‘hard’ grain, making it perfectly suited for pasta-making.

The naturally occurring hull makes for perfect protective packaging from the elements, pests and disease. 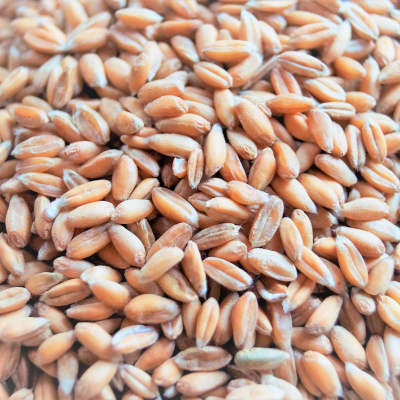 In Greek mythology spelt was a gift to the Greeks from Demeter, the goddess of agriculture.

Because of lower yields and more expensive and time-consuming processing, spelt was more or less displaced by modern forms of wheat.

Spelt is very rich in B-group vitamins. It is also high in magnesium and phosphorus, fibre and protein.

Of all the ancient grain varieties, spelt is closest to normal wheat when it comes to baking properties.

Spelt contains gluten but its structure is slightly different from that of wheat and more digestible. Nevertheless, spelt is unsuitable for coeliacs.

Spelt (like emmer and einkorn) can also be used as a rice substitute in many dishes. Wholegrain spelt must be soaked for several hours before cooking. 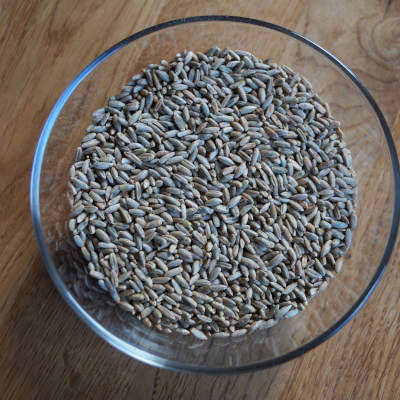 Rye is best suited for baking strong, aromatic breads and rolls. Pumpernickel is a well-known, nearly black bread made solely from rye.

Breads made from rye tend to stay moist and fresh longer than other breads.

Rye contains higher levels of fibre in comparison to other grains (14g/100g), making it an excellent choice for those wishing to add more fibre to their diet.

Rye typically has a grey-green colour, can grow up to 2m tall and has roots that are 80m long.

If you want to bake a 100% rye bread, be sure to use sourdough. Sourdough helps raise the heavy rye dough. 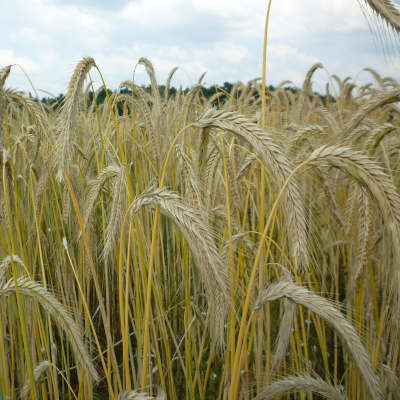 Light Rye is lighter in taste and colour than normal rye – be careful not to mistake it for a wheat dough!

Light Rye can be used as you would normal rye, but the baking results are much lighter in colour and texture.